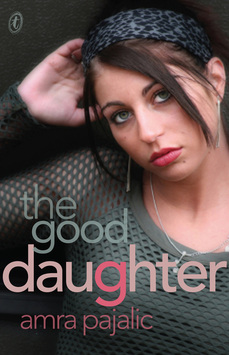 Fifteen-year-old Sabiha has a lot to deal with: her mother’s mental health issues, her interfering aunt, her mother’s new boyfriend, her live-in grandfather and his chess buddy, not to mention her arrogant cousin Adnan. They all want to marry her off, have her become a strict Muslim and speak Bosnian.

And Sabiha’s friends are not always friendly. She gets bullied by girlfriends and is anxious about boyfriends, when she just wants to fit in. But two boys, Brian and Jesse, become the allies of this fierce and funny girl.

The Good Daughter is a coming-of-age novel written with sensitivity and humour. It confronts head-on the problems of cultural identity in the day-to-day lives of teenagers. Amra Pajalic has a wonderful ear for idiomatic dialogue and the dramatic moment.

Published by Text Publishing in 2009.

For the inspiration behind The Good Daughter read this post. 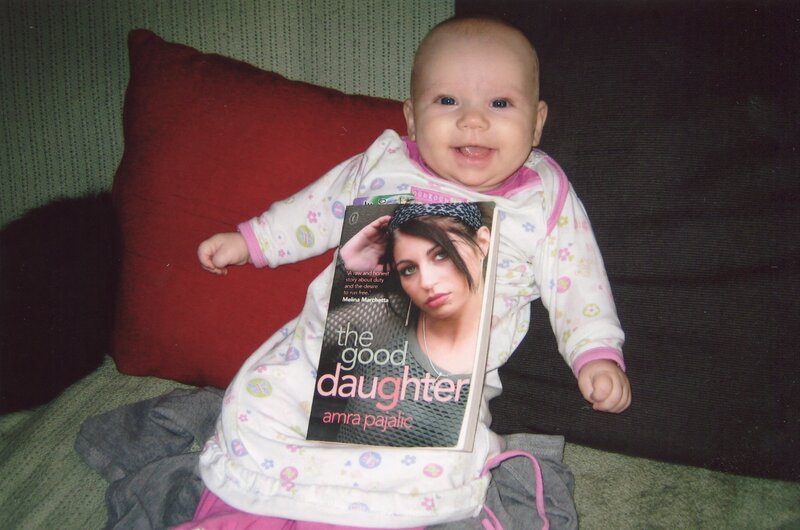 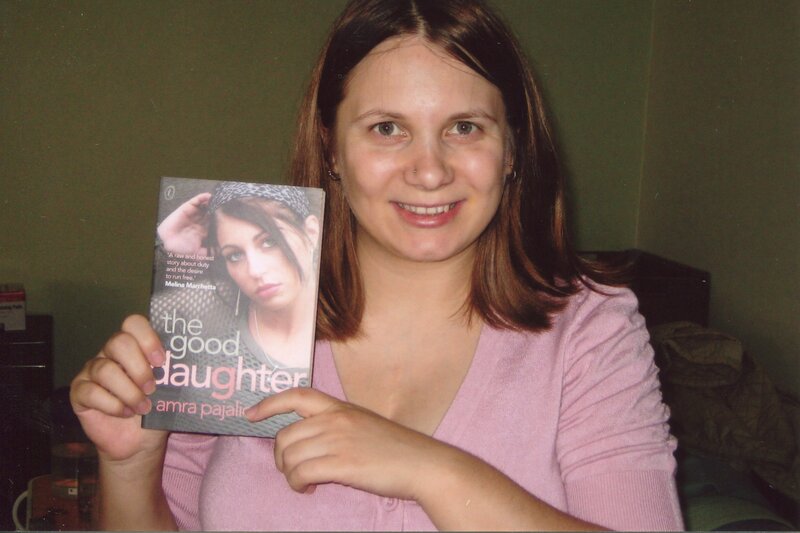 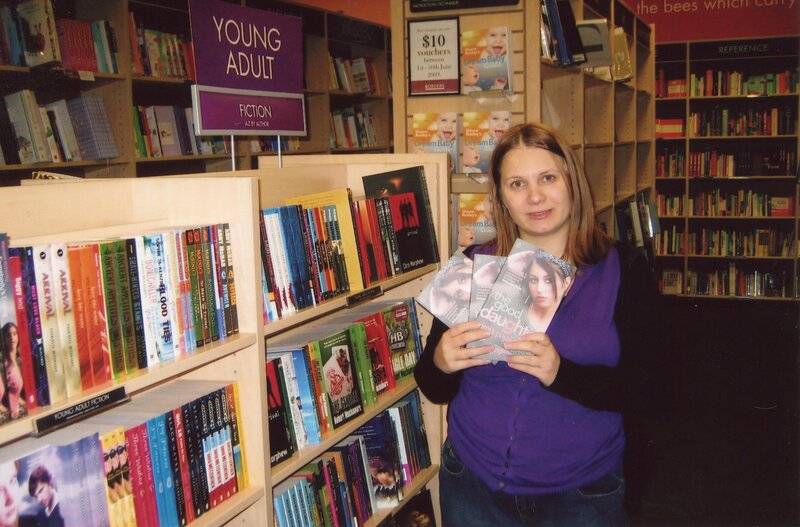 Teaching notes link to be updated when re-issued. 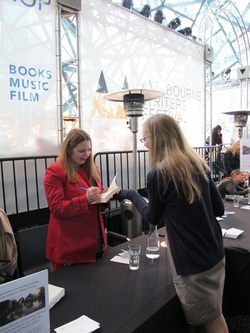 The Good Daughter won the 2009 Melbourne Prize for Literature’s Civic Choice Award. It was also a finalist in the 2009 Melbourne Prize for Literature Best Writing Award and was shortlisted in the 2007 Victorian Premier’s Awards for Best Unpublished Manuscript by an Emerging Writer. The Good Daughter is published by Text Publishing.

To be republished and links will be updated when it is.

‘The Good Daughter would be excellent for class study as it concerns matters of modern Australian multiculturalism, the question of belonging and issues of identity. ’ FICTION FOCUS

‘The Good Daughter is a candid, insightful story and a realistic portrayal of a teenager in crisis.’ MAGPIES

‘A funny and challenging debut novel that has been described as the Bosnian answer to Looking for Ali Brandi. The Good Daughter is a gritty and enjoyable novel, at times unflinching and dramatic.’ CANBERRA TIMES

‘The Good Daughter is the debut novel from new Melbourne author Amra Pajalic and it’s one you won’t want to miss! It’s a funny and honest story about Sahiba, a teen girl growing up in Melbourne’s western suburbs who’s trying to deal with family traditions and her own desire to do what she wants. (5 stars).’ GIRLFRIEND MAGAZINE

‘Amra Pajalic writes with such honesty every young adult will empathise with her… While dealing with some ordinary “stuff” Pajalic’s observations are sincere and often hilarious.’ BENDIGO ADVERTISER

‘This multi-cultural story is frustrating, funny and sad with an ending that promises there is still much more to tell about Sabiha’s life. I hope so. Loved it. Want more!‘ THE READING STACK

‘A raw and honest story about duty and the desire to run free. A strong new voice in Australian fiction.’
MELINA MARCHETTA

‘I love The Good Daughter. It had me in stitches. Hilarious, poignant, gutsy and real.’ RANDA ABDEL-FATTAH

'Amra Pajalic’s portrayal of what it means to be a teen growing up in Australia and caught between two cultures is spot on! There were times in The Good Daughter where I was sure she must have read my journals from my own youth. Told with honesty, tenderness, simplicity, wit and subtle wisdom, it’s one of the stand out young adult novels I have read in many years and my own teen loved it too.' TESS WOODS

22.06.22 Interview on ABC Radio with Randa Abdel-Fattah Defying the Stereotypes 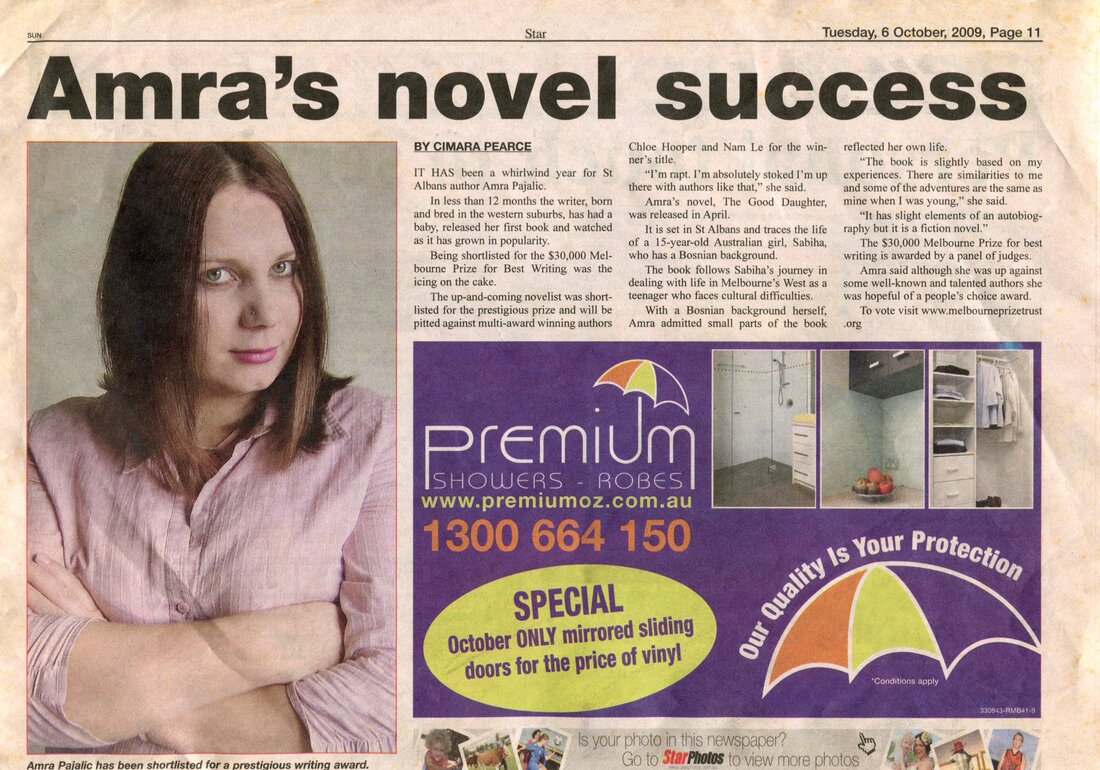 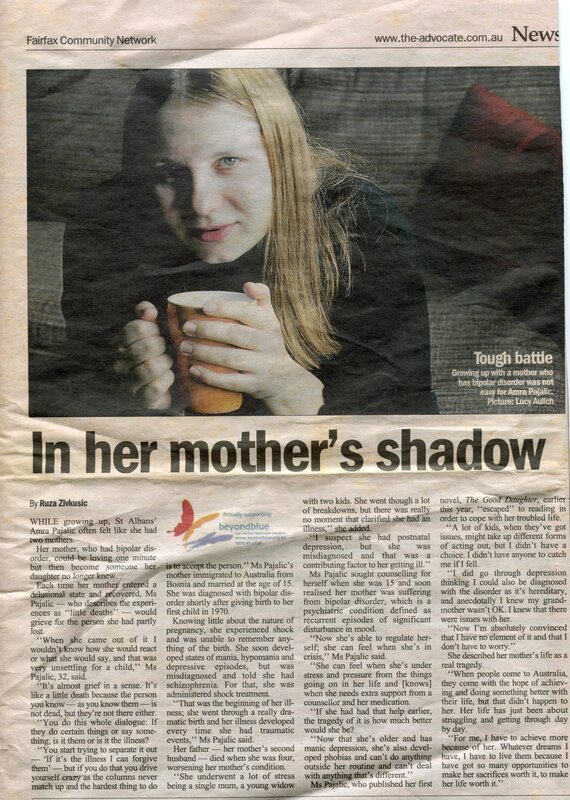 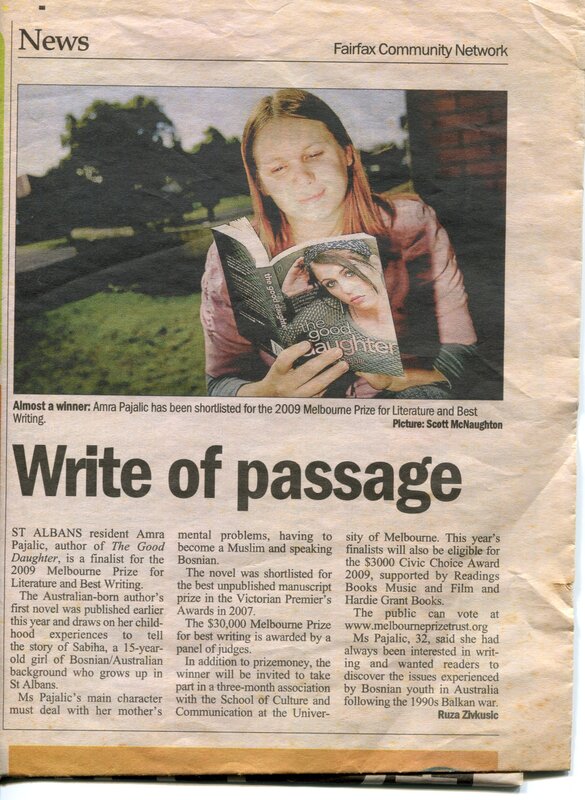 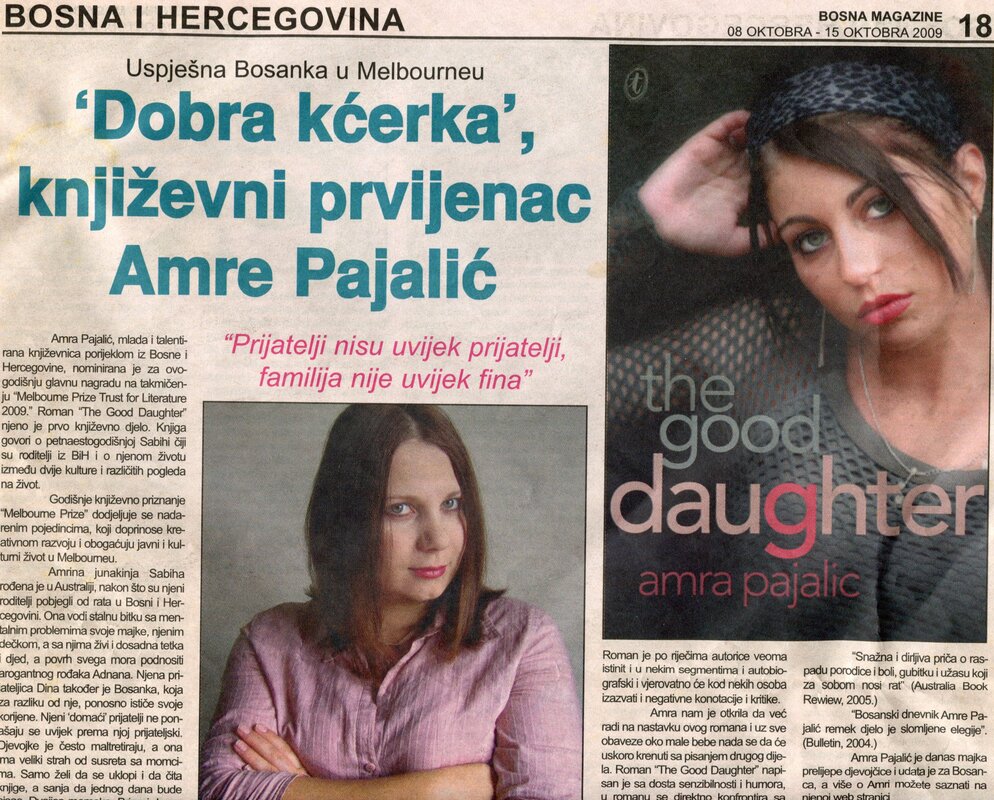 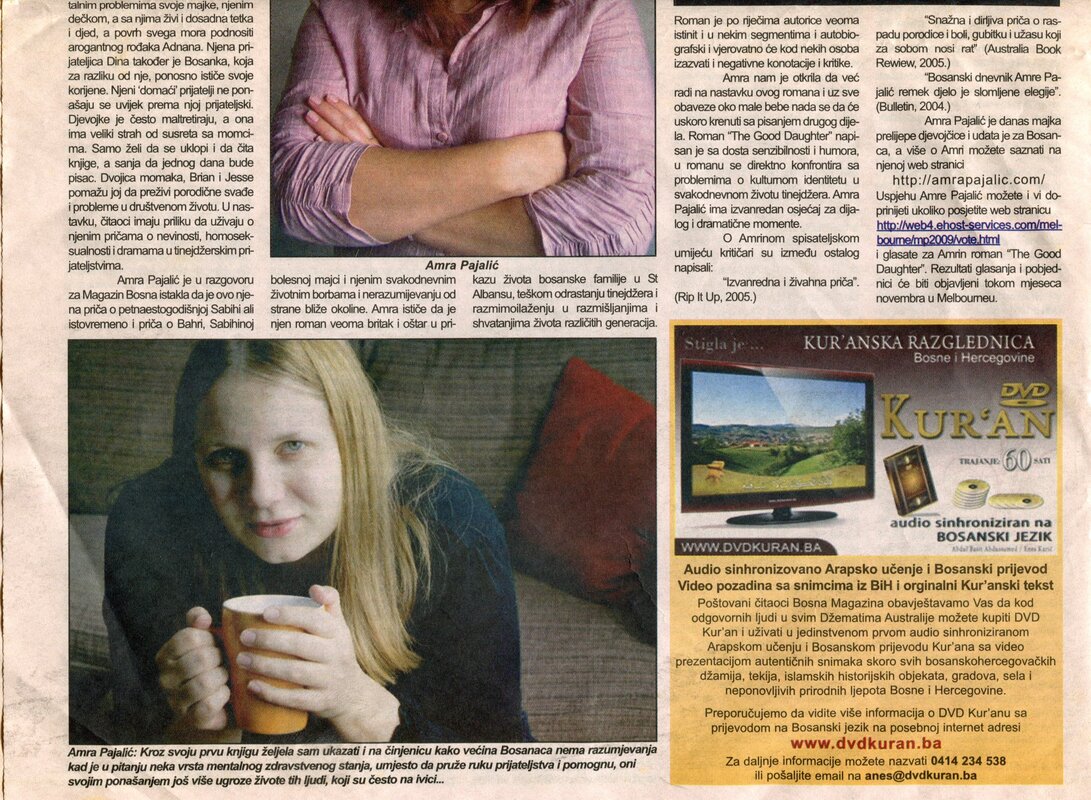 Goodreads reviews for The Good Daughter