Click on the image or the link below to read Amra's articles.
For years, my best friend was my stand-in parent, SBS Voices, 11.05.22

I fantasise about my husband and I living at opposite ends of the house, SBS Voices, 22.02.22

Receiving an inheritance as nothing like I imagined, SBS Voices, 23.06.21

What no one tells you about living with a partner with PTSD, SBS Voices, 09.12.20

The Perks of Sleeping Separately from my partner, SBS Voices, 02.12.20

I hated remote teaching during the Covid-19 lockdown. It should never replace the classroom​, The Guardian, 08.06.20

I'm a Teacher and Remote Teaching Makes Me Feel Like a Failure, SBS Voices, 01.05.20

Saying Goodbye to My mother After her unexpected death, SBS Voices, 03.02.20

Searching for a message from my mother after she died. SBS Voices, 12.12.19 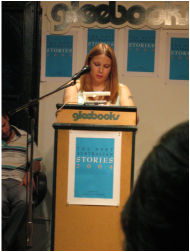 Amra's fiction has appeared in:
Amra has placed and been commended in short story competitions:

Amra's poem Drill Sergeant was shortlisted in page seventeen competition and was published in issue 10, December 2012. Read her reflection about this poem here, and you can watch her reading it here.
Copyright Amra Pajalic 2022