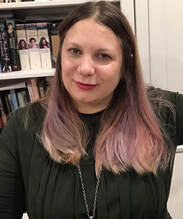 I am an author and teacher. My latest book is a short story collection The Cuckoo's Song (Pishukin Press, 2022). My memoir Things Nobody Knows But Me (Transit Lounge, 2019) about being parented by a Bipolar mother from a Non-English Speaking Background was shortlisted for the 2020 National Biography Award. Read more about it here. Memoir extracts have been published in anthologies Meet Me at the Intersection (Fremantle Press, 2018) and Rebellious Daughters (Ventura Press, 2016).

My debut novel The Good Daughter (Text Publishing, 2009) won the 2009 Melbourne Prize for Literature's Civic Choice Award, and was a finalist in the 2009 Melbourne Prize for Literature Best Writing Award. Prior to publication it was shortlisted in the 2007 Victorian Premier's Awards for Best Unpublished Manuscript. I am also author of a novel for children Amir: Friend on Loan (Garratt Publishing, 2014).

I am co-editor of the anthology Growing up Muslim in Australia (Allen and Unwin, 2014, 2019) that was shortlisted for the 2015 Children's Book Council of Australia Eve Pownall Award for Information Books and was selected by the Grattan Institute for the 2015 Summer Reading List for Prime Minister. I also wrote the teaching notes published by Allen and Unwin and have written teaching notes for Meet Me at the Intersection.

I have appeared on panels at conferences and literary festivals including at the Wheeler Centre, Melbourne Writers Festival, Williamstown Literary Festival, Reading Matters Conference Panel, and the VicTESOL Conference. I have delivered workshops and presented at various library and community organisations, and have judged short story competitions at the Melton Literary Festival and the Glen Eira City Council 'My Brother Jack' Awards. I am listed with  speaking agency Booked Out. I was funded by Artists in Schools to be an Artist in Residence in 2010, 2011 and 2012 in high schools.
​
I work as a high school teacher and teach across four subject areas: English, English as an Additional Language, Humanities and Creative Writing. If you are an educator check out my Resources for Teachers page. Go to my homepage to view my articles.
​
I was born and raised in Melbourne’s Western Suburbs where I work as a high school teacher. I am completing a PhD in Creative Writing at La Trobe University.

Why did you write your memoir Things Nobody Knows But Me?
I wrote my memoir to share the story of what it's like for people fro Non-English speaking background to suffer a mental illness. My mother came to Australia as a 15 year old, at 16 she was a mother and a mental patient. She suffered her breakdown after giving birth to my sister and from then on she was a life-long Bi Polar sufferer, but she didn't know the name of her illness. She had learnt to call her illness nervous breakdowns and there seemed to be no rhyme or reason for her breakdowns. It was only when I was in high school that a counsellor gave me a sheet with my mother's symptoms that I learnt the name of her illness and that we as a family could take control.

How would you describe your writing?
Like most writing I am exploring facets of humanity that I am interested in. I am writing stories about what it's like to be Bosnian, to be from the Western suburbs, and experiences of having a family member who suffers from a mental illness.

Isn't your debut novel The Good Daughter the same as your memoir Things Nobody Knows But Me?
My debut novel The Good Daughter was my first attempt to explore my story in the safe form of fiction where I could disguise myself and my mother. I thought I was done with writing my story about growing up with a parent who suffers a mental illness, but after giving birth to my daughter and suffering post-natal depression I found that I had to return to the memoir format. I wanted to honour my mother's story and the hardships she experienced and explore the reality of what my childhood was like.

Even more about me