Twelve authentic and powerful stories about growing up Muslim in Australia

These stories by known and unknown Australian Muslims peel back the stereotypes to reveal funny and touching experiences that will connect with readers. They explore body image, gender, romance, career, faith, football, friendship and family and the challenges of growing up in multicultural Australia.

‘Coming of Age is the kind of book that will change how readers look at the world...Coloured with many shades of humour, warmth, sadness, anger, determination and honesty, it will resonate with readers from all backgrounds and beliefs.’ Bookseller + Publisher

Shortlisted for the 2015 Children's Book Council of Australia Eve Pownall Award for Information Books and was selected by the Grattan Institute for the 2015 Summer Reading List for Prime Minister.

I wrote the teaching notes published by Allen and Unwin and they can be downloaded from their website here.

The Age "Life and Style" magazine review on Saturday 15 February 2014. 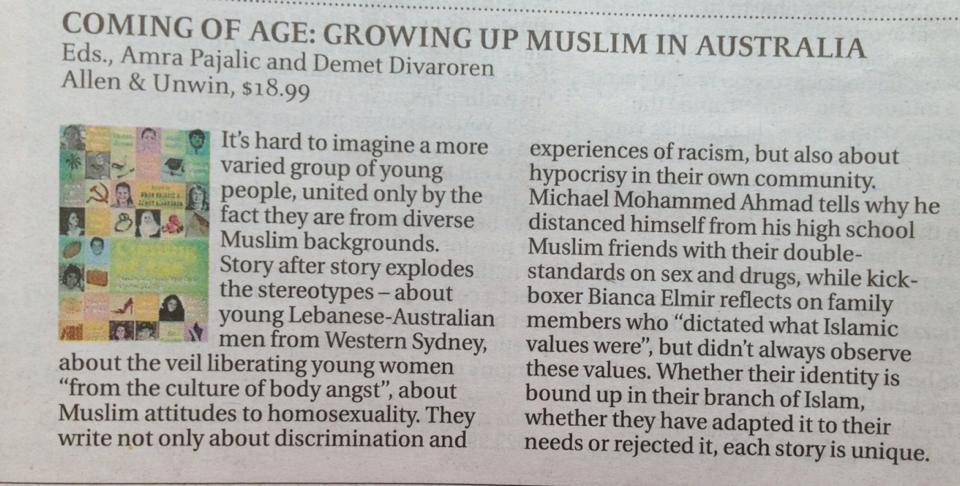 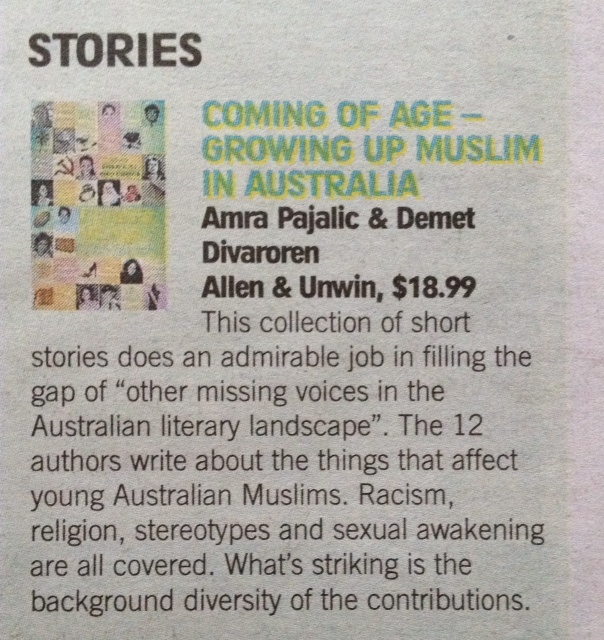 "Coming of Age is the kind of book that will change how readers look at the world, at others and themselves. This anthology of real-life stories from Australian Muslim authors explores the complexities of growing up Muslim in multicultural Australia—in the 1980s and 1990s but also the post-9/11 landscape, where to be visibly Muslim was suddenly redefined." Meredith Lewin, Books+Publishing magazine. Full review here.

"This group of stories will be an eye opener to the readers, at its basis showing that growing up, whoever you are and wherever you come from the issues are the same, friends, family, sex, school, what to do with the rest of your life.
For a class this would be an enthralling set of stories to read, pointing out that young adult's worries and concerns have little to do with the stereotypes we see in the media." Fran Knight, ReadPlus. Full review here.

"This book is a welcome addition to the field of advocacy in this country. It raises a host of issues around the integration of cultures and religions. For those of us who are involved in the advocacy field this book is a reminder of some of the important issues that our new and emerging communities from this faith group need to deal with in achieving the integration that we all desire. For those from the Muslim community, this is a reminder that they are not alone and that there are these high achievers who have maintained their own cultural values and yet achieved great levels of success in the wider Australian community." Suresh Rajan, WikiLeaks Party. Full review here.

Coming of Age: Growing up Muslim in Australia selected by the Grattan Institute for the 2015 Summer Reading List for the Prime Minister. The shortlist was featured on ABC TV. There was also a public event at the State Library of Victoria and you can watch the filmed event here (Coming of Age is discussed at the 15.45 mark). 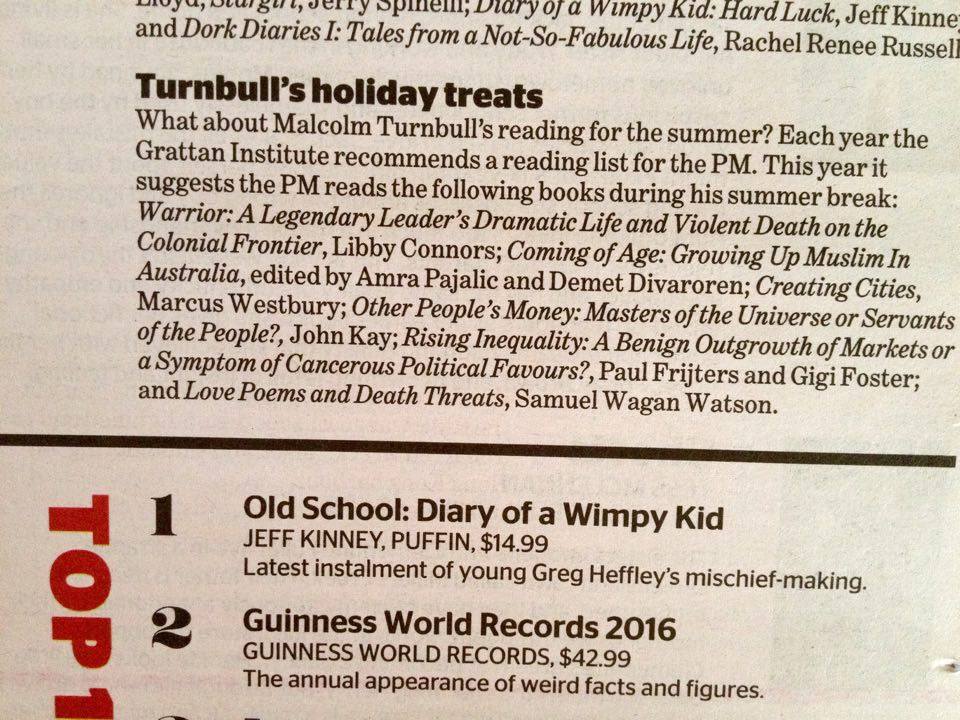 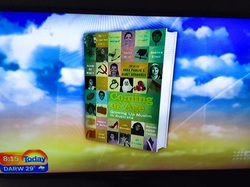 It was featured on the Today show with contributor Sabrina Houssami. Sabrina also wrote a piece for The Sydney Morning Herald Sunday Style Magazine 26 January 2013.

Contributor Alyena Mohummadally was on ABC Breakfast TV, view interview below. She also had radio interviews on Jon Faine here and on ABC Drawing Room hosted by Waleed Aly and talking with Alice Pung here, and Joy radio station here.

Bianca Elmir was also on radio with Richard Fidler here.

Goodreads reviews for Coming of Age: Growing up Muslim in Australia